← more from
Western Vinyl
Get fresh music recommendations delivered to your inbox every Friday.

Life Of The Body 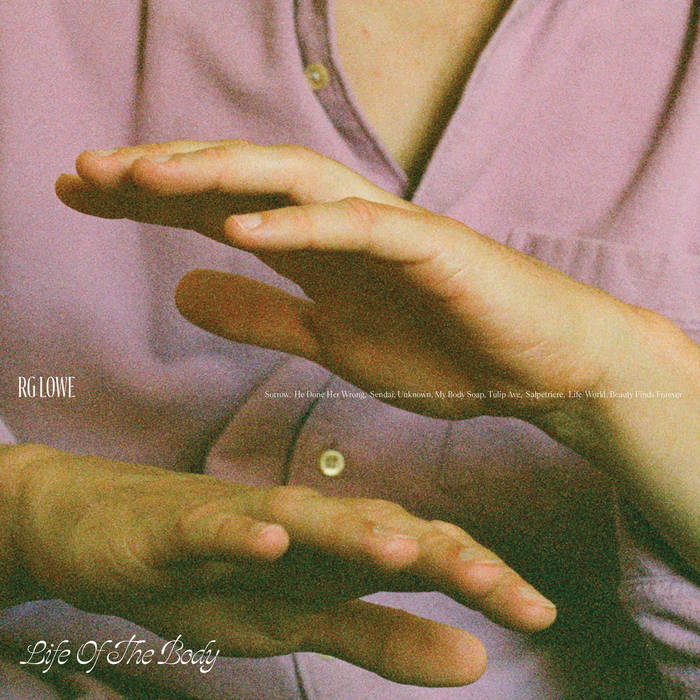 When he co-founded the instrumental band Balmorhea over 10 years ago, Rob Lowe (RG Lowe) had no idea that its introspective instrumental music would be heard by millions of people, or that it would offer the opportunity to travel and perform around the world. After years of success in the world of neo-classical music, Lowe took a sharp turn when a casual conversation with a friend in Marfa, TX planted the idea in his head that he should challenge himself to write a pop album. Having spent years in church choirs and musical theater as a kid in West Texas, he knew he could sing, but would have to teach himself how to write the type of pop songs he was interested in creating. This eventually manifested in his 2017 debut, Slow Time, which Stereogum called “impossibly smooth.” Three years later, Lowe returns with his sophomore album, Life of the Body.

The album’s nine songs are an invitation for us to reconnect with ourselves and our world through the senses by illuminating our intrinsic connection with the physical world and the freedom of physicality. Produced by David Boyle — known for his work with Glen Hansard, Patty Griffin, and Okkervil River — the album consistently delivers both intimate and epic moments, often in the same breath. The opening track “Sorrow” sketches the myth of Icarus as a frame to explore feelings of modern malaise, desire, and seduction. This sets an initial tone of discontent and helplessness, from which Lowe spends the rest of the album expanding from and breaking out of. Echoing the ardor of Walt Whitman’s “Leaves of Grass,” and channeling Talk Talk's Mark Hollis, this wide-angle collection of songs is a sensual journey that asks us each to “feel the wind blow on your face, camerado.”


With a title borrowed from a 1930 graphic novel by Milt Gross, the track “He Done Her Wrong” (featuring vocals by Aisha Burns) is a first-person retelling of the psychosexual myth of Eros and Psyche. With a steady backbeat and infectious groove, the song makes the ancient tale feel fresh, alive, and relatable. We return to the 21st Century with “Sendai, Unknown,” a song that uses personal and historical events as a metaphor for the distance between people. In the song Lowe recalls an experience with a close friend in Portland, Oregon in 2011, the day of the Tōhoku earthquake and tsunami. While there, he recalls walking to the shore, anticipating substantial waves in the aftermath of the tsunami; instead, he was greeted by small, peaceful ripples. Recognizing how intensity and feelings inevitably dissipate like waves over time and distance, Lowe writes, "I was struck with its illustrative significance, and how fundamentally far away from one another we all are.”

With the infectious disco rhythms of “My Body,” the album makes its most triumphant and visceral break from the dark opening track, offering a forthright invitation to connect with our physical selves. Dance! Move! Feel the grass! “Walt Whitman was lighting my path through the completion of these songs, and this is a song for him,” says Lowe.

The following song “Salpetriere,” was inspired by an interview Agnes Varda gave about the paintings she selected for her film “Cleo from 5 to 7.” In the interview the director speaks about the mystery surrounding the ability of art to communicate across time and space. Lowe uses the song to anthropomorphize the “ability of art to vibrate with energy and infect a subject with a new perspective, or feeling, or way of looking at the world.”

The album concludes with the ethereal acoustic guitar-driven “Beauty Finds Forever,” which was initially built around a single looped piano chord. As Lowe repeats the refrain, “Beauty finds forever,” it’s clear he’s transformed. It’s the deepest nourishment, an enrichment of the soul found through a saturation of his physical senses.

Feel the wind blow on your face, camerado.

Bandcamp Daily  your guide to the world of Bandcamp